A true rags-to-riches story. Dave Cantin grew up a working-class guy in the NY/NJ area.  From humble beginnings, through hard work, determination, self-motivation, and unrelenting drive, Dave worked his way up from entry-level positions to a true industry authority as the founder and CEO of Dave Cantin Group brands, including, DCG Acquisitions, one of the largest and most successful automotive M&A firms in the nation.

Tragedy could not sideline him.

In 2011, Dave was diagnosed with Leukemia, and he began a five-year bout with cancer. But his determination could not be stopped, and in addition to his personal battle against the disease, he began fundraising and acting as a board member for various pediatric cancer charities.

In 2014, NJBIZ featured him as their  “40 under 40″ award recipient for his commitment to business growth, professional excellence, and dedication to his community. That same year, KISS band member and Rock ‘n Roll hall-of-famer Peter Criss presented Dave with the Beauty Foundation’s Man of Courage Award for Philanthropy, for his ability to stand tall in the face of adversity.

Dave is a go-to financial authority in the automotive industry, regularly consulting on dealership acquisitions for large public and private automobile groups. He has extensive knowledge of dealership valuations and the complexities of M&A transactions.

In 2016, Dave beat the odds against Leukemia when, after five years of chemotherapy, he was deemed cancer free.

Having proved himself as a champion of self-motivation, Dave is now motivated by acts of giving back and inspiring others. In recent years, he has continued to pledge time and money to childhood cancer treatment and research—through programs at his current company and his former dealership, as well as other external fundraising events. Dave has been a board member for Hope & Heroes, Columbia University Medical Center, Project Ladybug, and Hyundai Hope on Wheels, where he served as Vice Chairman.

Dave donates one-hundred percent of the proceeds from his speaking engagements, along with a portion of funds from all acquisitions brokered by his automotive M&A firm. To date, he has helped raise over $100 million in the fight to cure pediatric cancer.

Today, Dave lives between California and New York. He continues to build his legacy as a coast-to-coast business leader, philanthropist, and motivator. 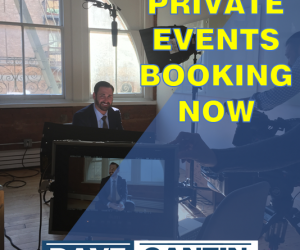 Virtual Motivational Keynotes and Presentations Dave is booking now for virtual and private speaking engagements. Nothing stops motivation and noth... 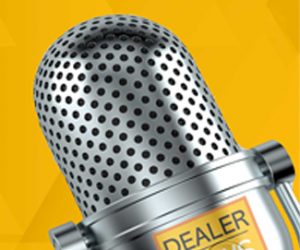 While industry events and appearances have slowed down due to the current situation, you can still get your dose of Dave by tuning into the Dealer New...